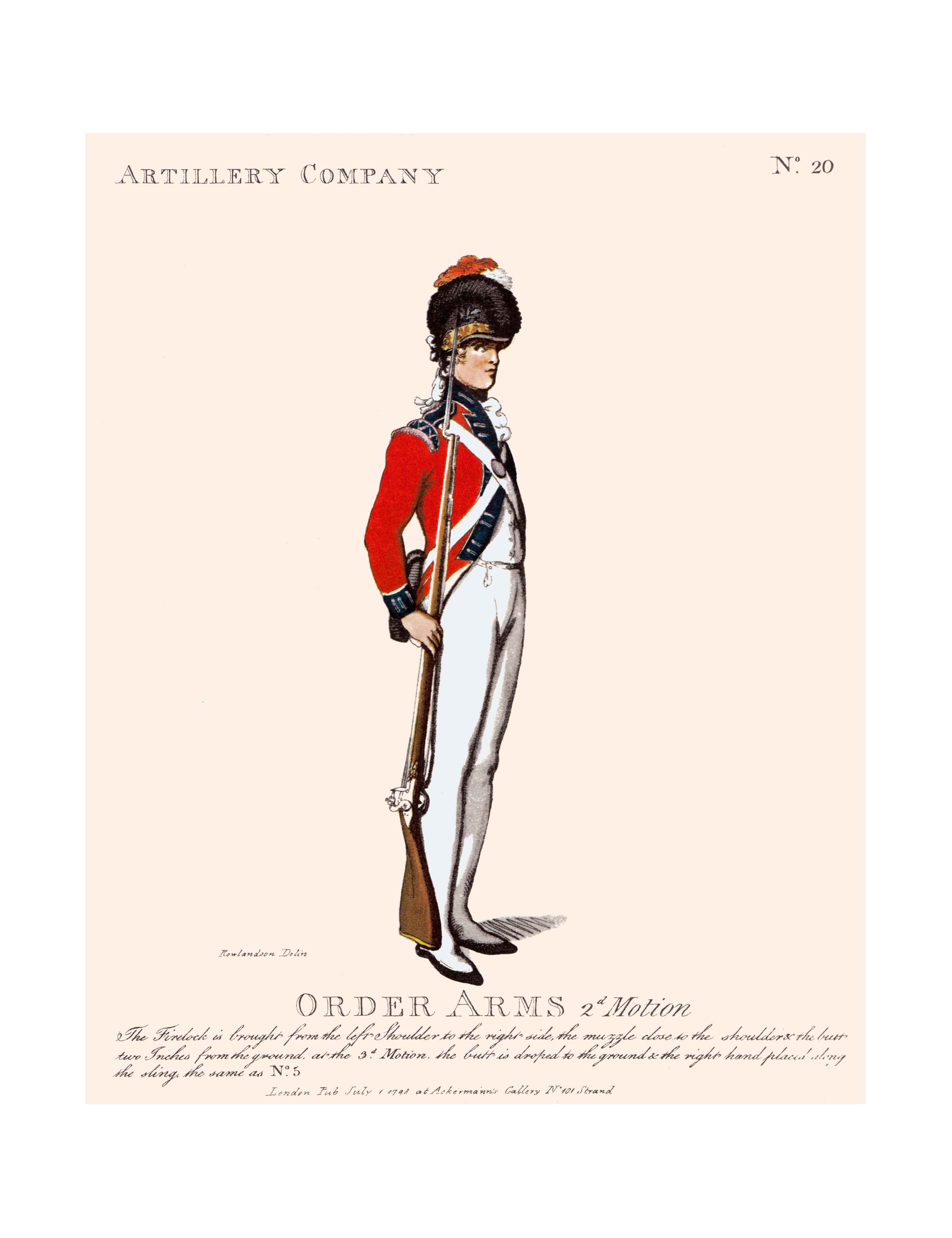 The Honourable Artillery Company of London

This Corps is of great antiquity, and in the reign of Queen Elizabeth did duty in the great Camp formed at Tilbury, in Essex, on the threatened Invasion by the Spanish Armada. It has been honoured by several Royal Chiefs; and its present Warrant, or Letter of Service, granted under the Sign Manual of His Majesty, is dated the 4th of March 1766, by which His ROYAL HIGHNESS THE PRINCE OF WALES is appointed Captain General of the Company. The affairs of this Company are regulated by a Court of Assistants, consisting of the President, Wm. Curtis, Esq. Alderman, and M. P.; Vice President, Wm. Lushington, Esq. Alderman, and M.P.; Treasurer, Sir John W. Anderson, Bart. Alderman, and M.P. The Field Officers, the Lord Mayor, Aldermen, and Sheriffs of the City of London for the time being, and twenty-four Members annually elected, who are at present, The Company was reviewed in Hyde Park the 6th of July 1798, by their Royal Highnesses the Dukes of York and Gloucester; were on the Right of the Line at the General Review of the Volunteer Corps of the London District by His Majesty, on the 4th of June, 1799, in Hyde Park; and were inspected by His Majesty in the Artillery Ground, June the 21st  the same year.