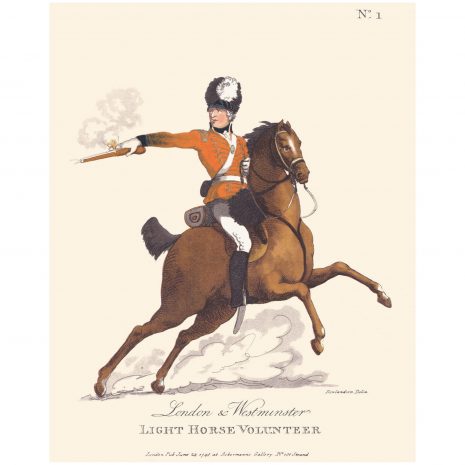 This very respectable and brilliant Association, consisting of six Troops, was first formed in the year 1780, and takes Precedency of all other Volunteer Military Associations. They have been frequently reviewed, and as often received the warmest testimonies of approbation from the highest authorities.