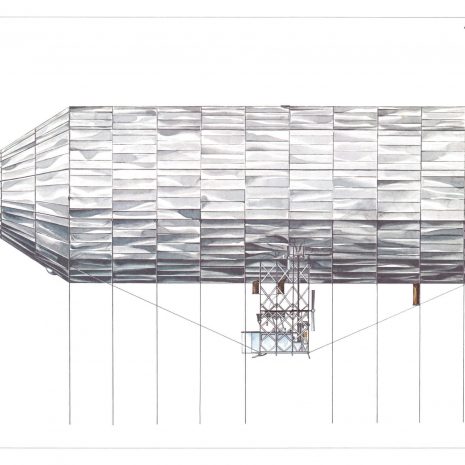 David Schwarz (1850-1897) was a Croatian-Hungarian aviation pioneer born in the Austrian Empire. The first airship with a rigid structure to be tested in flight differed considerably from later rigids in that the all-metal hull also acted as the gas container. Power came from a single 12 hp Daimler petrol engine. Although unsuccessful, Schwarz influenced Zeppelin’s later design of rigid airships. In addition, he directly anticipated the successful American Metalclad of 1929. Schwarz died only months before the airship was flown. Some sources have claimed that Count Ferdinand Graf von Zeppelin purchased Schwarz’s airship patent from his widow, a claim which has been disputed.