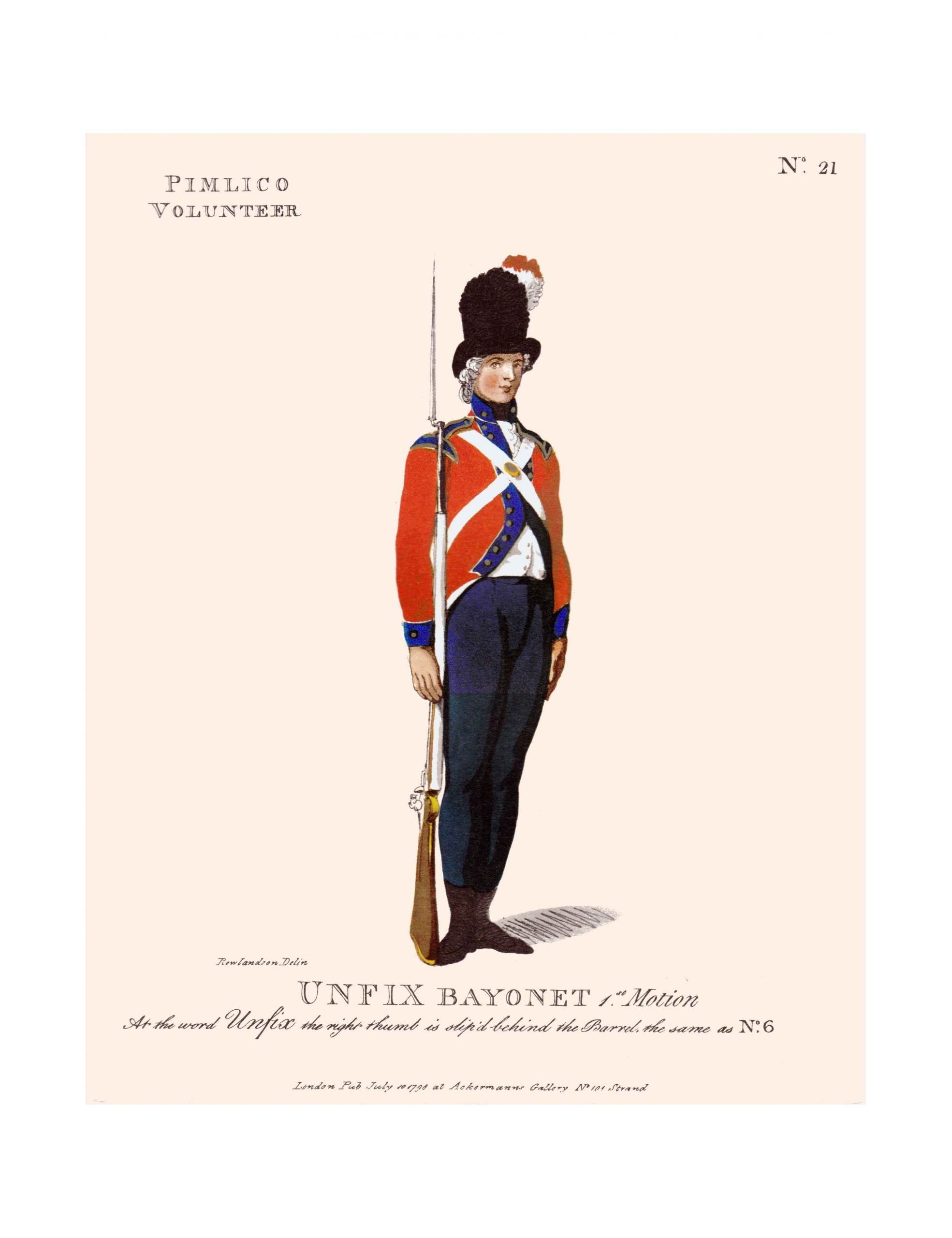 This Corps formed 23rd April 1798 under Stephen Riolleston, Esq. when they agreed to serve within their own Parish, and without pay, to find their own clothing &c. The Association consists of two Companies, of upwards of 60 each. They have a Committee which is permanent; and all vacancies by death or resignation are filled up at the General Quarterly Meeting. There is also an Auxiliary Corps, or Body of Reserve, consisting of about 200 artificers, who have agreed to serve in case of any Tumult or Invasion; and also to work the engines, and assist otherwise in case of fire; and in addition to these, there is a body of about 50 Special Constables, who likewise act in case of emergency &c. This Corps has the honour to receive their colours May the 20th, 1799, from the hand of the Right Hon. The Countess of Carlisle, in the Rotunda at Ranaleigh; upon which occasion an appropriate Discourse was delivered by the Rev. Weeden Butler.

DRESS: Round Hats, Bear-skin and Feather; Breast-plate, oval, with a large P in centre of a Garter, with the inscription of LOYAL INFANTRY over all the crown; Buttons: the same as Breast-plate; Half Boots.