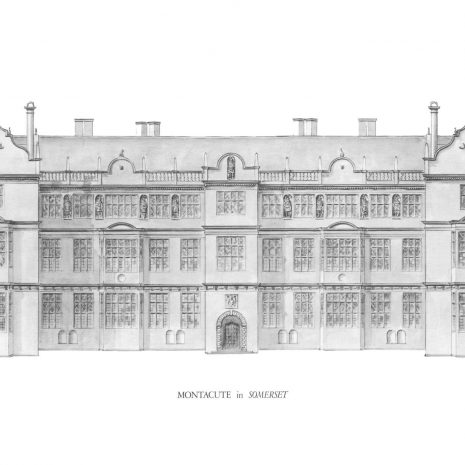 Montacute House was built in about 1598 by Sir Edward Phelips, whose family had lived in the Montacute area since at least 1460, first as yeomen farmers before rising in status. The site was bought from the Cluniac Montacute Priory by Thomas Phelips and passed to his grandson, also called Thomas, who started planning the house, but died before it was built and left the completion of the work to his son Edward. Edward Phelips was a lawyer who had been in Parliament since 1584. He was knighted in 1603 and a year later became Speaker of the House. James I appointed him Master of the Rolls and Chancellor to his son and heir Henry, Prince of Wales. Phelips remained at the hub of English political life, and his legal skills were employed when he became opening prosecutor during the trial of the Gunpowder Plotters. An example of English architecture during a period that was moving from the medieval Gothic to the Renaissance Classical, and one of few prodigy houses to survive almost unchanged from the Elizabethan era. It was visited by 125,442 people in 2013.  It was possibly the mason William Arnold who designed the three-storey mansion, constructed of the local Ham Hill stone. Sir Edward Phelips’ descendants occupied the house until the early 20th century. Following a brief period, when the house was let to tenants (one of whom was Lord Curzon who lived at the house with his mistress, the novelist Elinor Glyn), it was acquired by the National Trust in 1927.