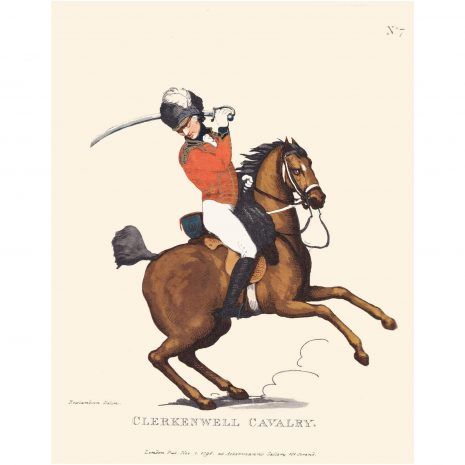 THIS Troop was formed shortly after the Infantry, under the direction of Marmaduke Sellon, Esq. Its number at present is but small and act independent of the other Corps; they are for the protection of the Parish of Clerkenwell only, and have a Committee chosen out of the Troop, consisting of nine Members. They mount no Standard, nor intend one till their numbers increase to greater respectability.